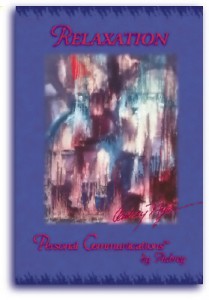 Enjoy general relaxation and release,  this helps with sleeping, stress, flying, dental fear and much more!

This CD utilizes a variety of methods. The relaxation methods that take out that help the brain to do use go not do into a deep alpha state, and the tone and rhythm of the voice helps you relax even more.And take out The music alone has been proven to create sleep patterns.

This CD has many uses that include insomnia, reducing pain, pregnancy and child birth, reducing the amount of nervousness and anesthesia before and after surgery,  before a test, calms children and animals and relaxes the mind and enhances memory.

The Relaxation Tape is a unique blend of many different methods I have learned throughout the years that help people to relax. The music has been clinically tested to work in the same way as a sleeping pill. I have also used other advanced  methods for creating change in the entrainment of the brain which I have found to be effective in helping people achieve deep states of relaxation. The words are said with a certain tempo, speed and intonation, causing the breathing to slow down and the mind to relax. Everything said has a particular purpose in relaxing you. There are also positive suggestions which will help you to awaken feeling refreshed and with a wonderful sense of well being.

I continually have feedback from people of how effective the tape has been for them in attaining sleep and going back to sleep. A common comment is that “I still have not heard the end of the tape!!”.

This tape is excellent to play in the background for children to relax, as well as preparing for bed. The relaxing music and the comforting tone of the voice creates an anchor in the mind, of peace and security for both adults and children, that allows them to let go and relax.

I personally have used these forms of relaxation to go into hypnosis and deep meditation. I also use it when flying, visiting the dentist office, and going to sleep when I’m stressed. Generally people who have used these methods wake up feeling a sense of peace, calm and joy. The methods on this tape have also helped many to get in touch with their inner self as well as their spirituality. Others have used them to relax or go back to sleep if they awaken in the middle of the night.

I have had many, many responses from people as to the effectiveness of the CD in putting them to sleep, but also when they wake up in the middle of the night, and it helps them to go back to sleep.

The healing process takes place at a much faster rate without stress. The relaxation tape helps makes that possible.

The following testimonials describe the benefits people have realized by using the Relaxation Tape:

“My 3-1/2 year old is going through a phase where she wakes up several times a night and doesn’t want to go back to bed. When I put the relaxation tape on she goes back to sleep in seconds. Even the cats come in when this tape is playing, and I can see in their faces that they are very content; they just relax and bliss out. I’ve used other tapes and music for my child, but none of them have this effect. And the cats don’t come in with the other tapes either. When I put the tape on for myself, I go into a very deep sleep. I feel like I’m floating on a cloud and totally at peace.”

“I had the relaxation tape on while I was reading to my little girl. After a short time, she said she couldn’t keep her eyes open and wanted to go to bed. I was very surprised to hear this, since this was earlier than her normal time for going to bed, and I know it was the relaxation tape.”

“I absolutely love your tape! Because of normal stress in my life, I was having difficulty sleeping and was taking a sleeping pill. I couldn’t believe it! After using it once I was able to go to sleep without using a pill at all!”

“It would help my whole body to relax and helped redirect my mind towards the positive. The more I used it, the more it worked. My mother and husband were having surgery at the same time and the stress was overwhelming. The tapes helped me deal with the stress and take my mind off the things going on around me. I would come home from the hospital, put on the tape, and it would calm my mind and relax my body. I have a tendency to worry, and the tape helped me to focus on my own body and keep from feeling stressed out and getting sick. I didn’t have time to do anything else at the time — I needed something simple — and by just putting on the tape I was able to relax immediately.”

“The tape was excellent for stress at the end of the day. ”

In fact, I had several people tell me that it really helped them to unwind after work. One lady said it was “amazing!”. She would put it on when she came home from work, rest for a bit and then be full of energy to finish the day.

Another man used his so much he had to order a second one. “It became addictive!”

My mother who worries constantly and therefore has trouble sleeping at night found that for the first time she didn’t lay awake “thinking”.

I was even told by a couple that they used it as background for their lovemaking and the relaxation that it created enhanced their sensuality.

She used the relaxation tape for her 6th grade class. The first time she played it they were kind of silly, but then the next time they asked for her to play it and they really liked it!, and kept asking for her to play it after that. She would have them lay down and relax while she played the tape and found it very calming as well as relaxing for the children.

“Euphoric and knocks me out to relax”

When I have trouble sleeping, I put on my Relaxation CD and it relaxes me and lets me fall asleep. She said she has never heard the end of the tape.  -Trish

“That relaxation tape was like a handful of valium! I gave it to a friend of mine to use who was having problems with sleeping and not being able to get to sleep. He said he just put it on and had the best nights sleep he has ever had. He also said that the next day he felt like he was in High School again, he felt so good!”

“During the tape I felt so calm and peaceful, finding myself listening to the silence within. Such a high, feeling complete and joy. Closer to God than I’ve been before”

Payment can also be made to: