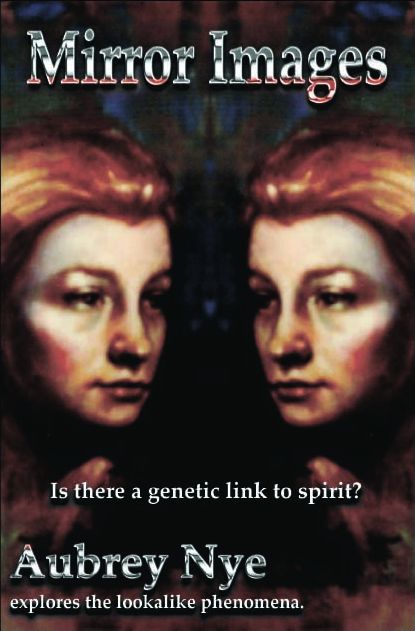 HAVE YOU HAD AN EXPERIENCE OF SEEING YOUR DOUBLE.. YOUR LOOKALIKE?
If so, please contact and submit pictures at NyeAubrey@gmail.com

Updated book will be forthcoming.  There is much more that I have learned and will share about this phenomenon. There is definitely something behind this, that no one has looked at.  There is no real explanation for what I have discovered.  Genetics does not explain it, of which I have talked with geneticists about this, and even if there was something in that area, it does not explain the same names, cars, hair, expressions, etc. More information to come! Open up  your minds!

MIRROR IMAGES/ IS THERE A GENETIC LINK TO SPIRIT?
Aubrey Nye explores the look-alike phenomena.

You walk into a room and there in front of you is not a ghost, but the actual person that you know is dead.
You have just talked to a friend in another country and suddenly they appear, walking down the street. You approach them, calling their name, but they do not recognize you.
You see your wife sitting at the bar, talking to another man. You go over to her and she vehemently denies knowing you, showing you her license which is not that of your wife.
You are sitting at a bus stop and suddenly see an old friend of yours get off the bus, but they have not aged for 20 years, and when you say their name, they look.
The police come knocking at your door to arrest you for a crime you did not commit, and yet there was a witness that will swear it was you.
-These are a few of the actual experiences that I have in the book.

Mirror Images is about researching the look-alike phenomena that has previously only been known through celebrity look-alikes and the doppelganger. In my research I discovered , through thousands of experiences that we may really have a double walking around … not just similar copies of ourselves. With this experience, some very strange synchronicities are going on that flirt with our definition of the supernatural, and yet they are very, very, real. With our copies whether similar or exact, there appear to be similar if not the same name, first and last, the same body weight even if it is 450 lbs., driving the same car or truck with the same dents in them, having the same quirky mannerisms, and much more.

People have had these experiences with their doppelganger, or exact look-alike since humans existed, and yet they rarely talk about it. It presents a very strange sensation in viewing oneself on the outside, and it’s not a mirror. This has been an unknown until now.  The implications of this phenomena, are far reaching and fascinating!!

Once I discovered that this phenomena really exists I  researched it for over 10 years in every area that would have any information.

I talked to geneticists, physicists, twin researchers, paranormal society in England, everything and anything that was in history about the doppelganger, psychology and even crime and mistaken identity where look-alikes have been used in politics for years. People such as Churchill, Hitler and recently Saddam Hussein had doubles.

I have my own theory as well as other interesting information about what this could possibly be and what it means to us as humans.

Could there be an unknown genetic link. A coding within the human genome that has not been discovered as yet? If we are all copies of one another how are we different from a  robot? I believe that this phenomena actually gives us information that points to another belief that statistics say 90% of people believe in, and yet there is no physical evidence of its existence, “as yet”, and that is the spirit, the soul.

Read the book and find out how this all fits together and how being aware of this phenomena can change our perception of life.

Mirror Images is available for purchase!

Please do not buy from Publisher. They have ripped me off as well as many authors, and why I also will be getting a new publisher. You can order from me or online from many sources from amazone, etc.

Review by Terri Schlichenmeyer for The Daily Nonpareil:

Have you ever walked up to someone you were sure you knew, started a conversation, and were met with a blank “Do-I-know-you?” look? When you find out that your “friend” is a total stranger who looks like your friend, it can be embarrassing, but, according to Aubrey Nye’s new book “Mirror Images” (c.2004, AuthorHouse), it’s much more common than you realize. It could have a common explanation, or there could be an otherworldly reason.

If you’re a twin, you’re used to seeing someone who looks like you, but in this book, Nye has collected eye-witness accounts and stories from people who saw someone they thought was a relative or friend, only to learn that the person they saw was a look-alike. Even more hair-raising are reports from people who saw someone who looked just like themselves in a crowd and they  could have been a twin, but they weren’t..

Everyone is familiar with Elvis or Marilyn Monroe look-alikes, and Nye writes about how people who resemble celebrities are making a darn good living impersonating their idols. On the other hand, Nye says, looking like someone else can be used for nefarious purposes, as in the case of criminals who push the blame for a crime onto someone who’s blameless. Nye wonders how many innocent people are identified as criminals by well-meaning witnesses.

In many of the cases Nye collected, the two look-alikes had more than just a passing resemblance — they shared the same name and sometimes even more. These are the really eerie stories. One man described his “twin” as someone who had the same mannerisms and tastes as he had. Others report that their look-alike was mistaken by close family members, and that scars and other identifying marks were strangely identical.

So is there an explanation to all these people walking around the earth looking like someone else? Nye puts up some tasty hypotheses: some cultures believe the look-alikes could be guardian angels. Others could have a bit more of a supernatural significance and some might have an evil motive for looking so much like a living person.

Despite the fact that this book could use a proofreader, I liked it a whole lot. Area author Nye has honed in on a very good question: if the gene pool is so diversified, why do so many people resemble someone else – to a greater or lesser degree – even though they are not related? Is there a genetic link to spirit, or is it just a very weird coincidence? Nye admits that the jury is definitely still out on this one; in fact, she urges readers to go to her Web site and post their own pictures, in hopes that further research can be done on the phenomena of non-related twins.

If you’re looking for a book that’s going to get you thinking about an intriguing subject, pick up a copy of this book. Then go to Nye’s Web site and post your picture – if you dare.

If you would like to see more lookalikes by a well known photographer Francois Brunelle, click here

Even though I have a 1,000 responses on experiences I was not able to get 2 people who knew each other that were lookalikes, to show their pictures. because they didn’t talk to the person, saw them in the past, or could not get an agreement to show their photos.  Francois was able to do this because he is a well known photographer.  You can see people he has found and photographed, and is now after years of doing this, realizing what I did over 20 years ago, that there is a lot more than just likeness with lookalikes, which presents some very interesting discussion, of which I have researched in my book.

These are not the best of photos but they do give you an example of the uncanny similarities of 2 people that are not genetically related. You can see recent people on Francois’s site.

Please contact me if you are able to get photographs and permission from both lookalikes. I would like to use them in my updated book.

Here are some pictures of similar lookalikes. Feel free to send any pictures of lookalikes that you have. Tracey Chapman, Jim Kerry, and Seinfeld were lookalikes I found, and their personalities were almost exact, in the same fields. 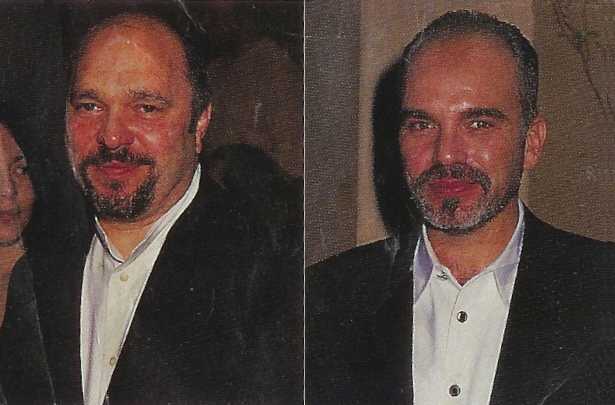 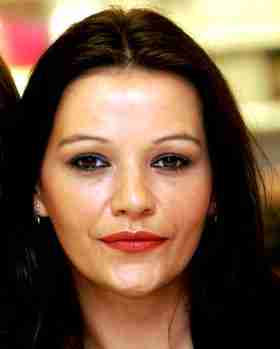 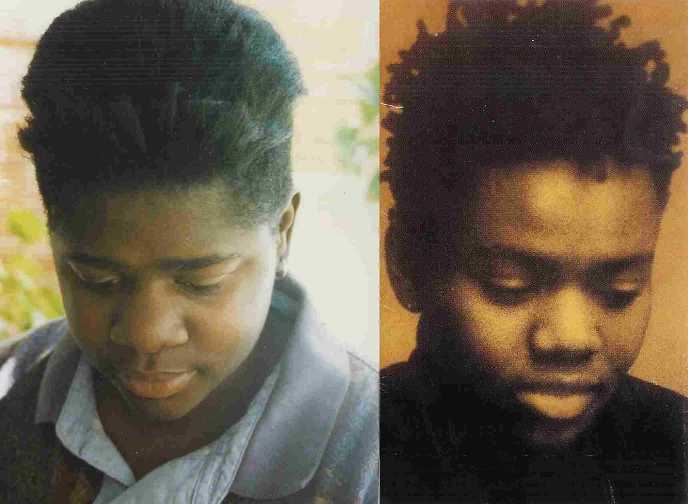 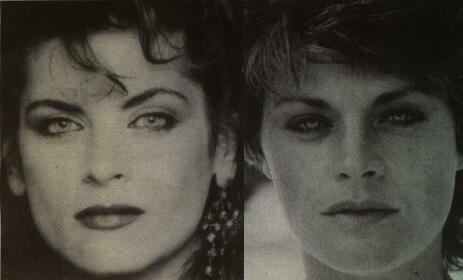 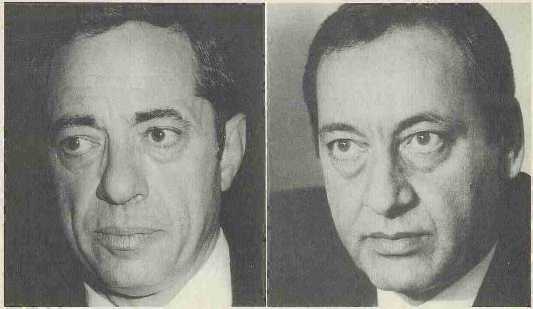 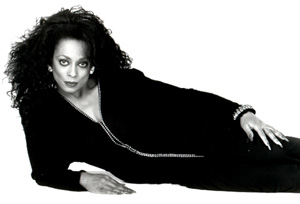 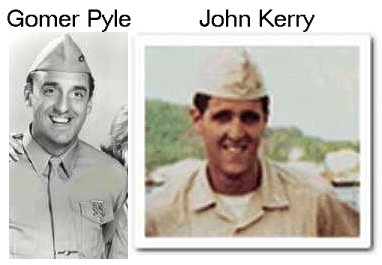 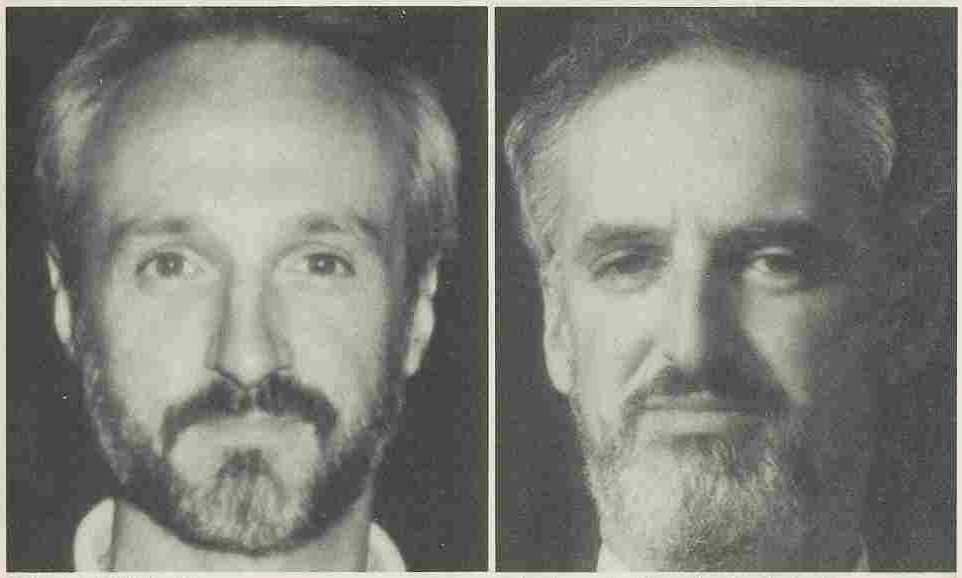 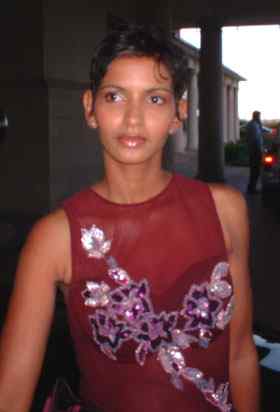 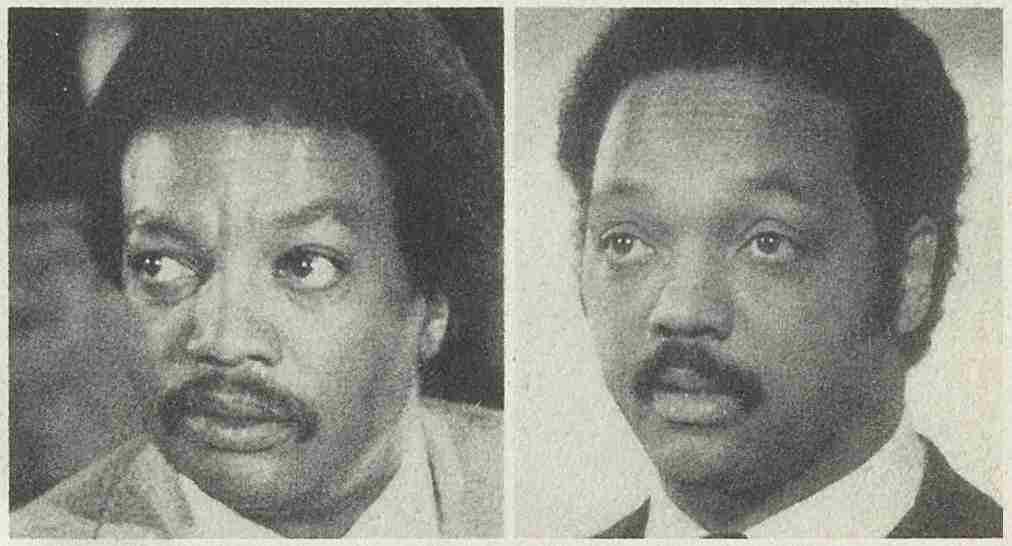 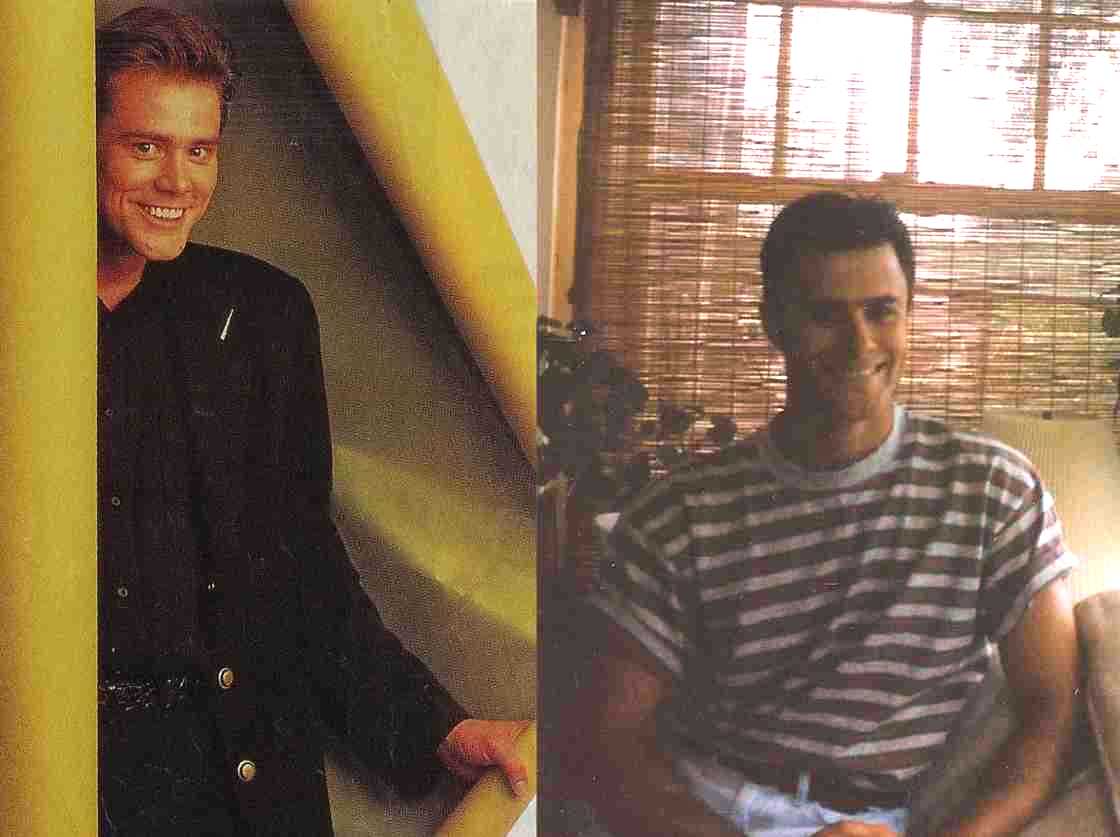 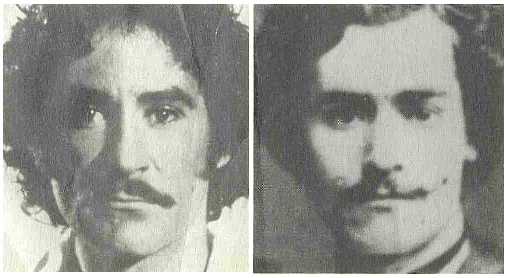 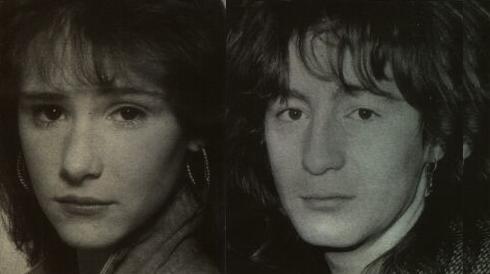 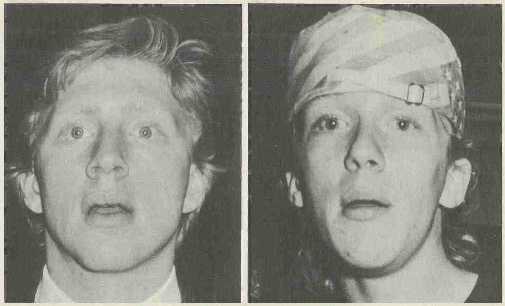 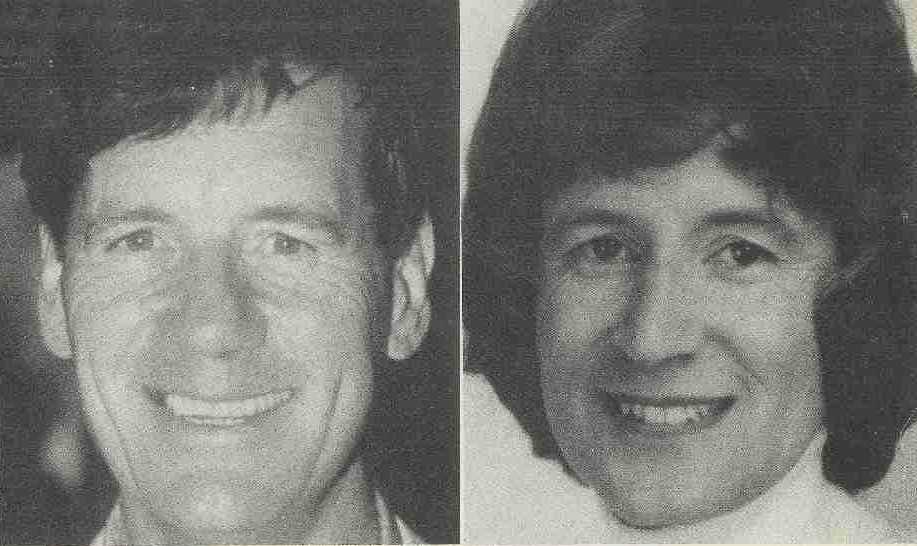 Which is the real Prince William? 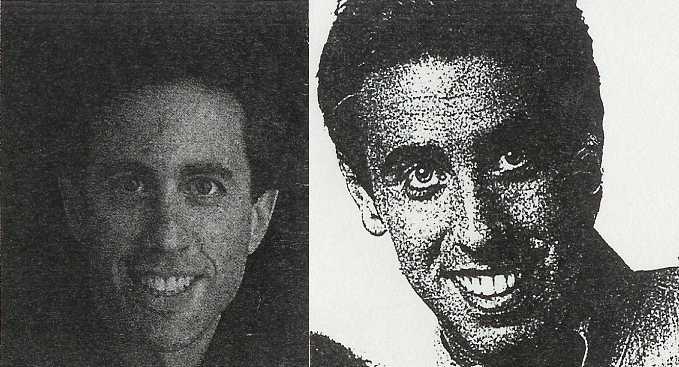 The real Seinfeld and his lookalike on the right.